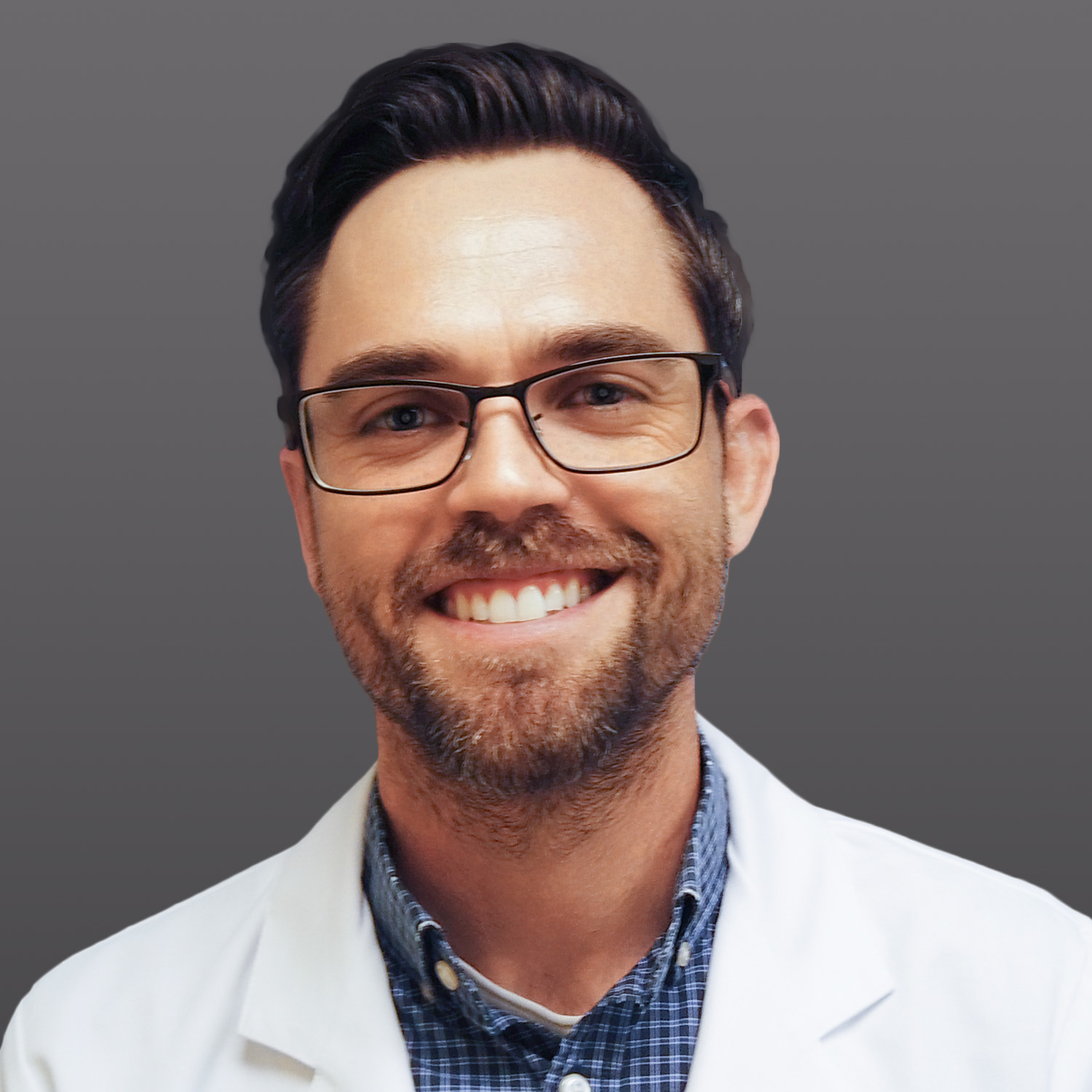 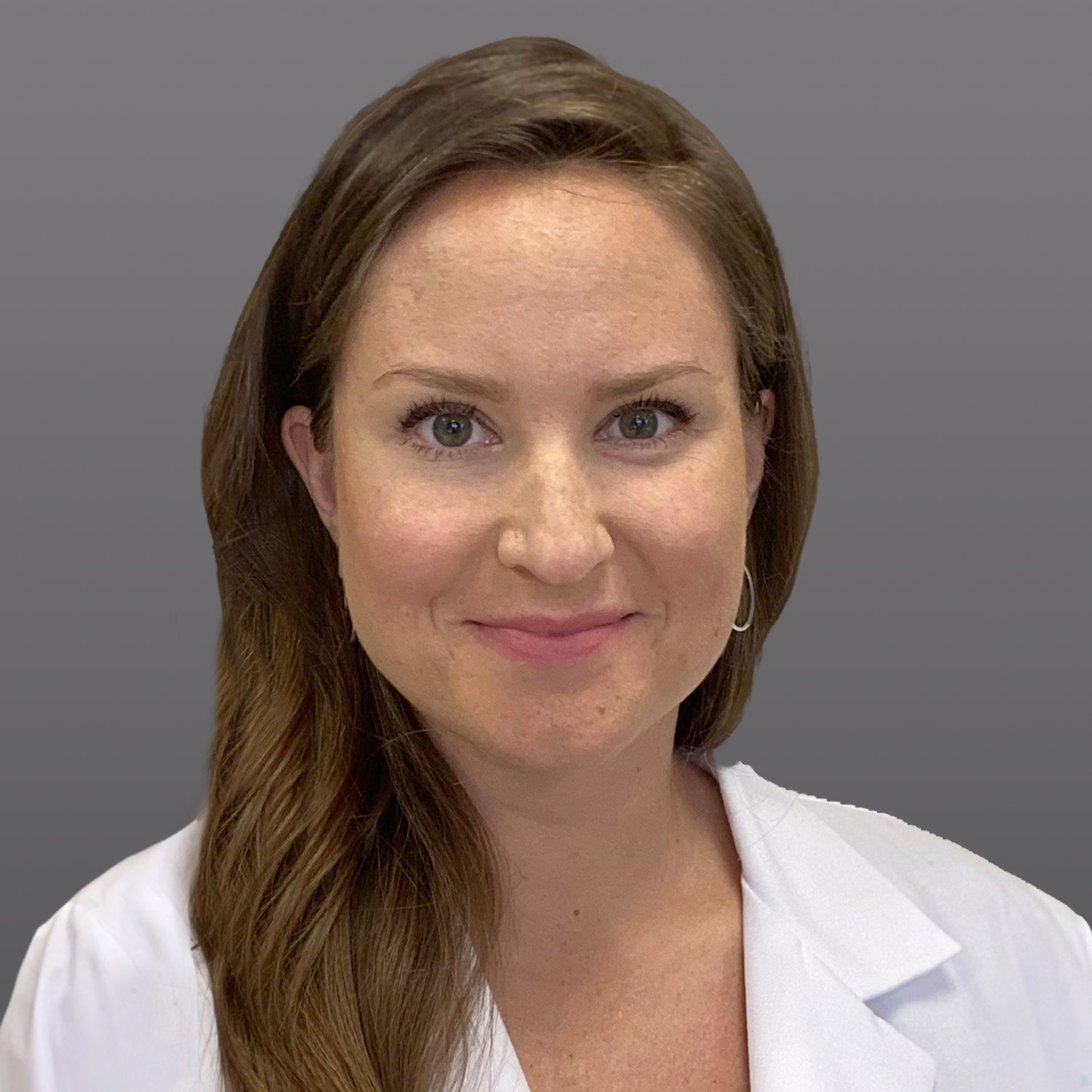 As the founder, president and senior clinical director of Arm Dynamics, John has dedicated his career to positively transforming prosthetic rehabilitation for people with upper limb loss. He innovated a model of care that places each patient at the center of a multidisciplinary team of experienced upper limb prosthetists, occupational and physical therapists, technicians and insurance reimbursement specialists. The team provides holistic patient assessments, expedited prosthetic fitting and individualized prosthetic training, enabling patients to achieve dramatic and measurable improvements in comfort, wear time and functional ability. John’s advanced socket designs for all levels of upper limb loss have allowed Arm Dynamics to leverage emerging technologies to achieve optimal patient outcomes that were not possible with previous socket designs. His expertise in upper limb prosthetics and involvement in a range of international research projects led to the company’s appointment as a sole source provider of upper limb prosthetic services at Walter Reed National Military Medical Center, 2003-2014.

John is a Distinguished Fellow of the American Academy of Orthotists and Prosthetists (FAAOP-D) and received the AAOP Clinical Creativity Award in 2017. He completed his undergraduate studies at the University of Southern California and received his prosthetics certificate from Northwestern University. He is engaged in a range of research and development initiatives with the Department of Defense, DARPA, FDA, Cleveland Clinic, and prosthetic component designers and manufacturers around the world. He is recognized internationally for his presentations and publications on innovative care techniques, interface designs, prosthetic care for military amputees, and novel outcome measure assessments for people with upper limb loss. 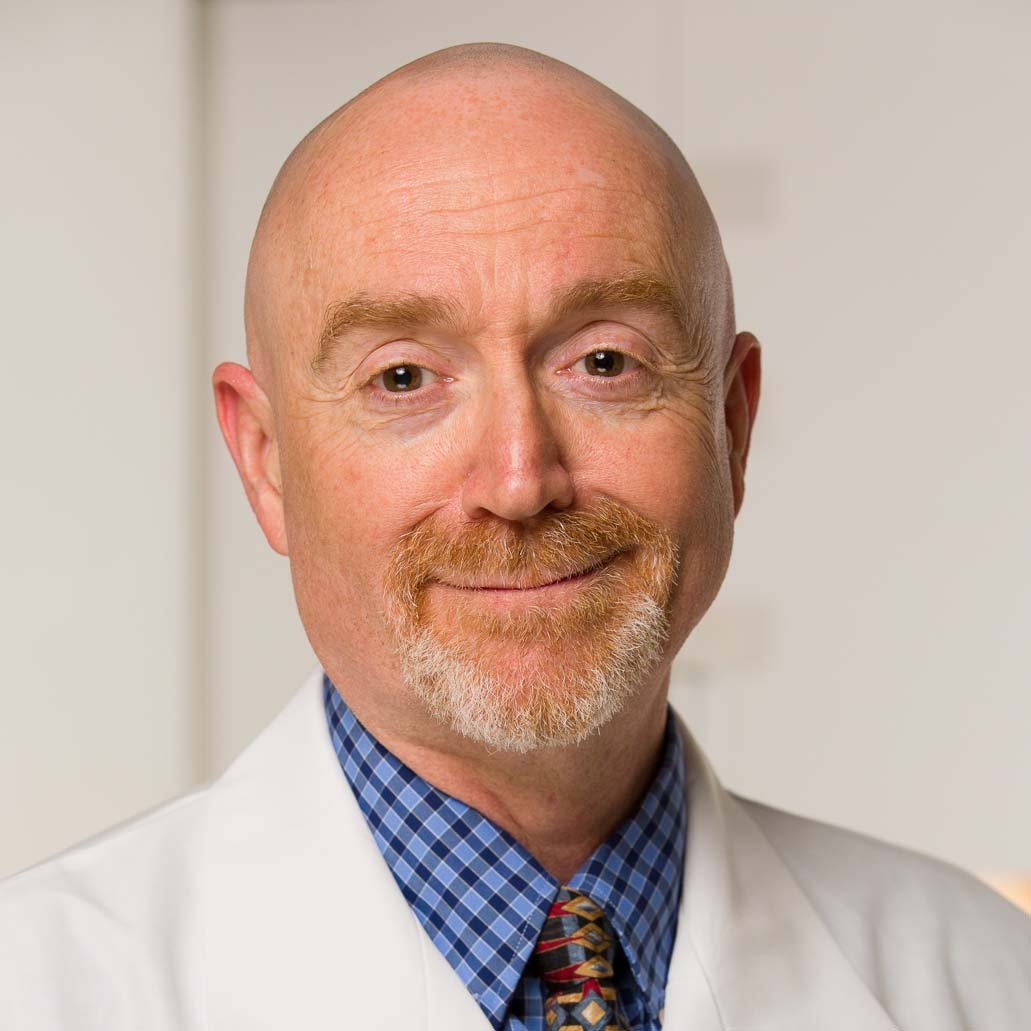 Dan supervises a nationwide team of prosthetists at Arm Dynamics Centers of Excellence across the country. Under his direction, the centers are unified in a common mission of providing exceptional upper limb prosthetic rehabilitation and personalized patient care. He has 36 years of experience in prosthetics and orthotics and has been an upper limb specialist for 25 years. He was a key member of the Arm Dynamics team of upper limb specialists at Walter Reed National Military Medical Center, 2003-2014.

Dan is highly experienced in building collaborative teams, both within Arm Dynamics and with research partners around the globe, and has facilitated numerous successful scientific collaborations involving pattern recognition, implantable controls, multi-articulating hands and other new technologies. He has published articles in the Textbooks of Military Medicine-Care of the Combat Amputee” and the Journal of Prosthetics and Orthotics, and presented at international prosthetic symposiums.

Dan is a Fellow of the American Academy of Orthotists and Prosthetists (FAAOP). He received his prosthetics and orthotics certificates from Minnesota Vocational Technical Institute, an affiliate of the University of Minnesota-Department of Orthopedic Surgery.

Paul has provided occupational therapy services in various settings, including skilled nursing, home health, and inpatient mental health. He believes that collaborating with his patients is the key to establishing meaningful goals. He works to address both the physical and psychological aspects of recovery to achieve the best outcomes. Paul graduated from the University of California San Diego with a bachelor’s degree in psychology and a minor in biology. He earned his master’s degree in occupational therapy from San Jose University.

Rob joined Arm Dynamics as an upper limb prosthetic specialist in 2005. “The most powerful moments in my work are when I get to see a patient use their prosthesis for the first time, drinking from a cup or reaching out and shaking my hand.” Rob is a Fellow of the American Academy of Orthotists & Prosthetists (FAAOP) and has been published in the Journal of Prosthetics and Orthotics. Rob graduated from Texas A&M University with a bachelor’s degree in biomedical science and received his bachelor’s degree in prosthetics and orthotics from the University of Texas-Southwestern.

Pat has been with Arm Dynamics since 2008. He has been an upper limb prosthetic specialist for over 20 years and has enjoyed a background working for children’s hospitals as well on the manufacturing side. He enjoys the challenge of building a prosthesis that fulfills a patient’s needs and expectations and watching them do the things they love to do. He is a Distinguished Fellow of the American Academy of Orthotists and Prosthetists (FAAOP-D) and former Chair of the AAOP Upper-Limb Prosthetics Society. He graduated from St. Cloud State University with a bachelor’s degree in biomedical science and chemistry and completed the prosthetics practitioner program at Century College in Minnesota. In his spare time, Pat enjoys time at the lake with family and friends and is always seeking out the perfect cup of coffee.

Elyssa has worked as an occupational therapist in a variety of settings including skilled nursing, assisted living centers, and outpatient settings. Her passion is helping patients maximize their function so they can live their lives to the fullest. She believes that providing therapy guided by goals that are meaningful to the patient greatly improves outcomes including the ability to incorporate a prosthesis into their daily lives. She loves problem solving with patients and the prosthetist and collaborating to make obstacles that feel impossible, possible. Elyssa earned her bachelor’s degree in exercise science and psychology from Old Dominion University and a master’s in occupational therapy from Virginia Commonwealth University.

Julian has been an upper limb prosthetic specialist since 2012. He is a Fellow of the American Academy of Orthotists and Prosthetists (FAAOP). Julian values the time he spends getting to know each of his patients and building a great bond as they work together and become friends. He graduated from the University of Nebraska with a bachelor’s degree in exercise science and biomechanics and completed the orthotics and prosthetics practitioner program at Century College in Minnesota. 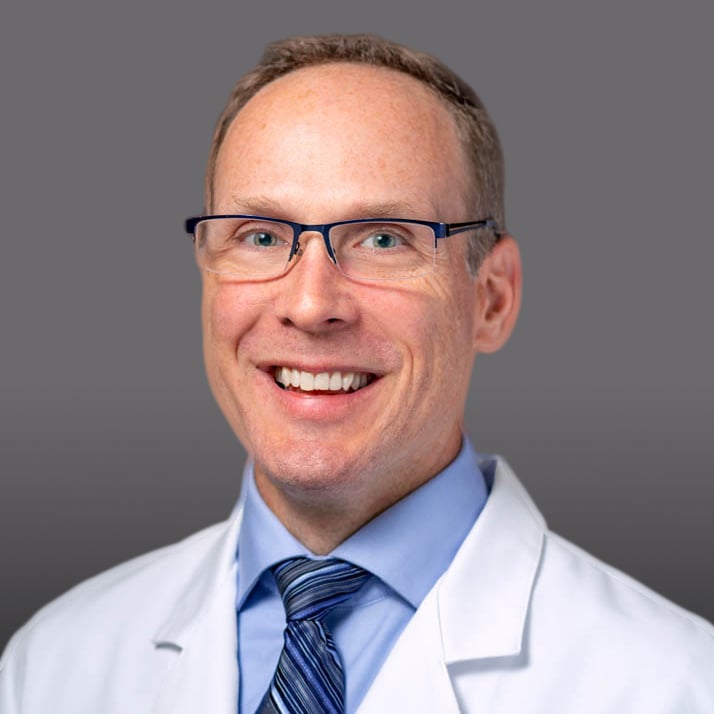 Brian is the clinical manager of Arm Dynamics' Great Lakes Center of Excellence in Cleveland, Ohio, and has been an upper limb specialist for eight years, including more than two years of service on the Arm Dynamics’ team of upper limb prosthetists at Walter Reed National Military Medical Center. He believes that sincerely caring for patients and ensuring they’re well trained in how to use their prostheses are the keys to achieving good outcomes. Brian studied mechanical engineering at Western New England College and earned his certificate in prosthetics at the Newington Certificate Program.

Michelle joined Arm Dynamics in 2017. She previously worked as clinical prosthetist with Creative Technology Orthotics and Prosthetics in Denver, Colorado. Michelle also worked with the non-profit Range of Motion Project and traveled to Guatemala with a team of prosthetists to provide prosthetic care for people in need. She graduated from the University of Pittsburgh with a bachelor’s degree in rehabilitation science and a master’s degree in orthotics and prosthetics.

Mac began working for Arm Dynamics in 2005, with two years of those as part of our team of upper limb prosthetists at Walter Reed National Military Medical Center. Mac believes in pushing the envelope to create individualized solutions that let his patients get back to doing the things they love. He is a Fellow of the American Academy of Orthotists and Prosthetists (FAAOP) and has been published in the Journal of Prosthetics and Orthotics. He graduated from Cornell University with a bachelor’s degree in mechanical and aerospace engineering and attended the orthotics and prosthetics program at California State University, Dominguez Hills.

Harwin has worked in various settings including inpatient rehab, skilled nursing, outpatient therapy, and as a traveling occupational therapist. He believes that a collaborative and holistic team approach is key to helping each patient to regain their independence and purpose in life. Harwin graduated from University of Texas at Arlington with a Bachelor of Science in exercise science and earned his master’s degree in occupational therapy at the University of St. Augustine for Health Sciences in Austin, TX. 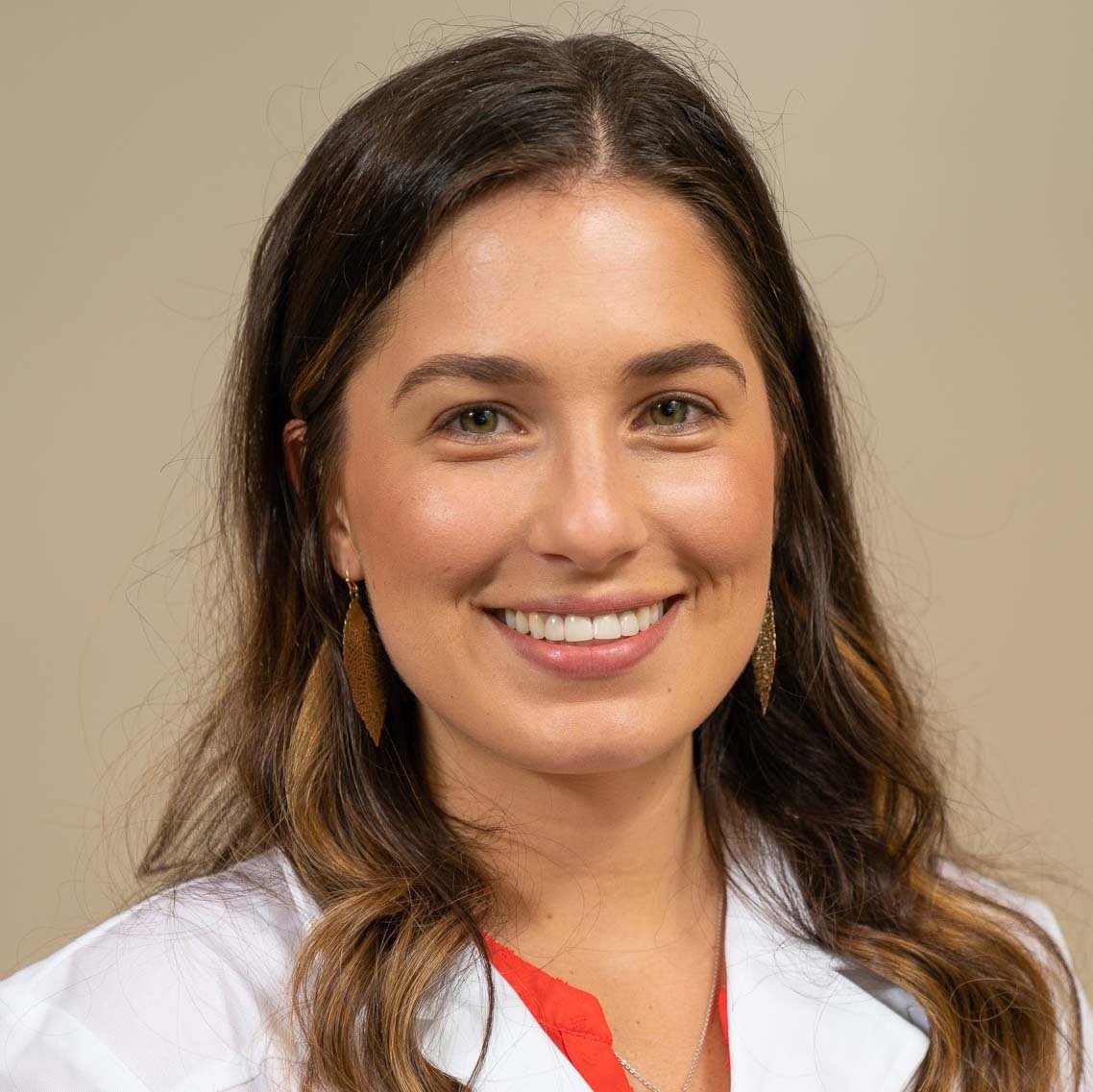 Nina is a clinical therapy specialist at the Great Lakes Center of Excellence in Cleveland, Ohio. She believes that working in upper limb prosthetic rehabilitation allows her to have a direct and positive impact on people’s lives. Nina has provided occupational therapy in acute care, long-term care and skilled nursing settings. She graduated from Ohio State University with a bachelor’s degree in human development and completed her master’s degree in occupational therapy at Cleveland State University.

Scott began his journey as a clinician in 1994, and started with Arm Dynamics in 2011, including two years of service on our team of upper limb prosthetic specialists at Walter Reed National Military Medical Center. Scott’s goal is to be a craftsman who builds an excellent prosthesis, and an educator who helps guide patients and their families through the fitting and rehabilitation process. He graduated from the University of Texas-Southwestern with a bachelor’s degree in prosthetics and orthotics and from Texas A & M University with a bachelor’s degree in physical education.

Carina has worked as an occupational therapist in a variety of settings including acute care, inpatient rehab, and outpatient settings. She believes that understanding what is important to the patient coupled with the partnership between the prosthetist and therapist working in tandem helps the patient be successful with their prosthesis as they regain their independence with daily activities. Carina earned her bachelor’s degree in clinical laboratory sciences from UT Southwestern Allied Health Science Center and a master’s in occupational therapy from Texas Woman’s University.

Abby has been an occupational therapist in adult and pediatric settings, including home health, school-based, and outpatient neurorehabilitation. Her other work experience includes behavioral health support, wellness counseling, and four years in corporate settings, large and small. She thrives on helping individuals feel at ease and believes that building a solid foundational relationship with each patient and co-worker is essential to the success of therapy and team outcomes. She enjoys collaborating with patients to identify sensible and realistic solutions to their everyday challenges. Abby earned her bachelor’s degree in psychology and family studies from St. Olaf College and a master’s in occupational therapy from the University of New England.

Learn more about our care →