Arm Dynamics' CAPPFUL® assessments were designed exclusively to measure upper limb prosthetic performance. These tools were created by Arm Dynamics in collaboration with the Food and Drug Administration and the Defense Advanced Research Projects Agency, and have been peer-reviewed and psychometrically validated.

There is a shortage of outcome measures that are designed specifically for upper limb prosthesis users.

Most of the existing assessments that are used with this patient population have been adopted from other medical specialties such as neurological and musculoskeletal disorders.

In the absence of patient-specific outcome measures, it’s difficult for clinicians to objectively assess their patients’ functional challenges and modify their care plan accordingly.

CAPPFUL assessments objectively demonstrate progress in the level of proficiency in the functional use of a prosthesis. They consist of a series of functional tasks that are evaluated in several key dimensions including:

After identifying the factors that impact prosthetic use, clinicians modify the care plan to ensure that the patient reaches their maximum rehabilitation potential.

CAPPFUL outcome measures are comprised of multiple commonplace functional tasks (unilateral and bilateral) which are objectively scored by an upper limb prosthetic clinical therapy specialist. Scoring on the assessments compares the performance of a prosthesis to that of a sound upper limb and hand.

Performing these assessments reveals several factors that can inhibit a person’s functional use of a prosthesis. These include issues with the prosthesis such as length, grip strength, wrist flexion/extension, and socket fit, and issues with the user’s performance such as poor body mechanics and lack of prosthetic training.

When scoring indicates there are issues with the prosthesis performance, the patient’s treatment plan shifts to include one or more of these interventions:

CAPPFUL assessments are the most effective tools available to measure upper limb prosthetic performance. Scoring makes it possible for clinicians to identify functional deficits and objectively inform revisions to the treatment plan. As a result, these uniquely challenged patients have the opportunity to reach their maximum rehabilitation potential. 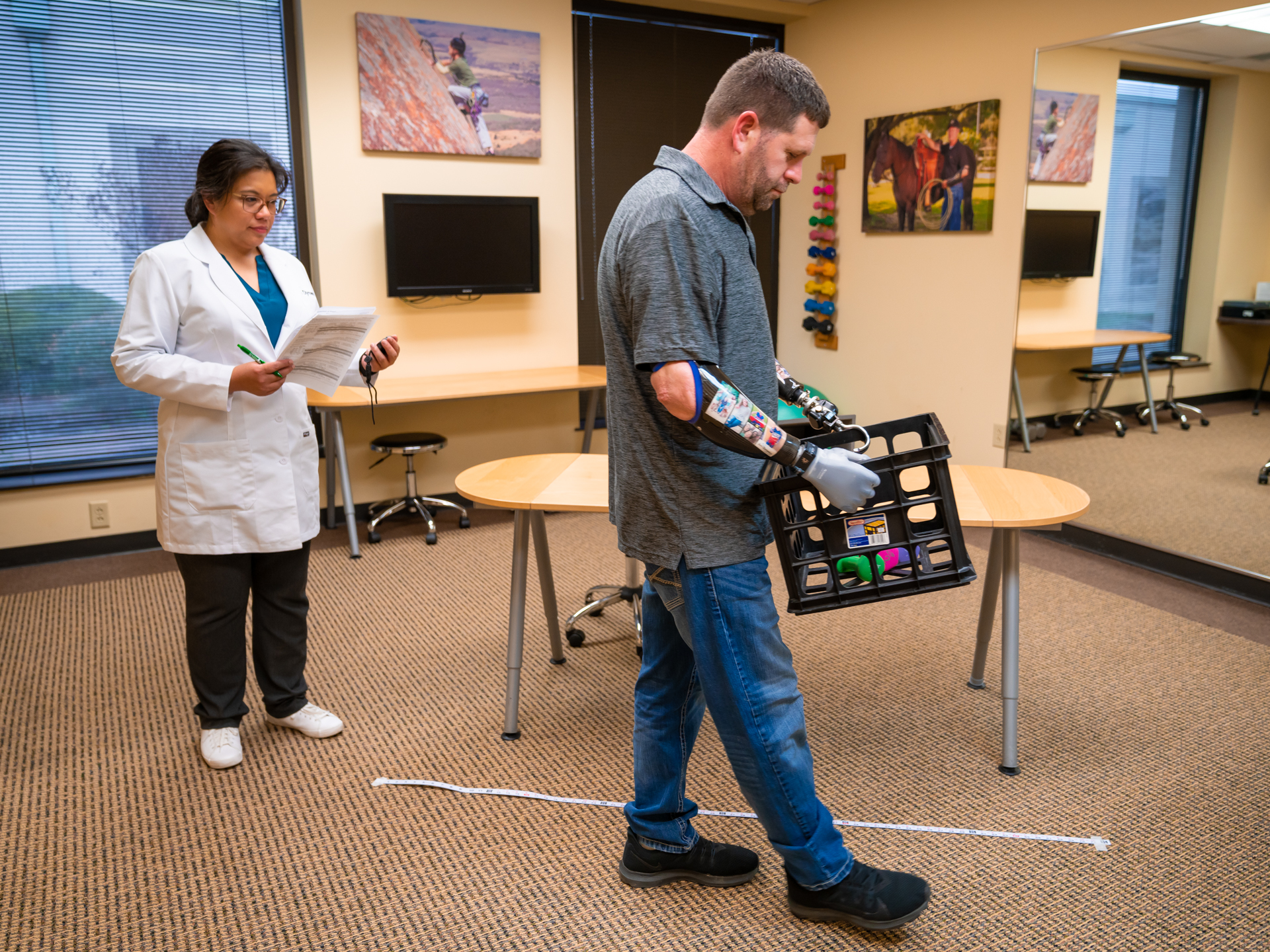 Above, patient Jason Koger begins one of the CAPPFUL assessments while a clinical therapy specialist times and scores. Below, he performs a bilateral task of tying a shoe.

CAPPFUL assessments are most effective when used in conjunction with other patient-reported outcome measures including CAPROQ® or CAPROQ-S. By combining performance-based with patient-reported measures, clinicians are able to capture a spectrum of useful data, making it possible to clearly identify and correct gaps between a patient’s actual prosthetic function and their perceptions.

“We're using CAPPFUL tools to assess patients who are wearing Point Digit and Point Partial finger components, and we love the fact that they are designed specifically to measure upper limb prosthesis performance. Our industry finally has validated outcome measures that deliver comprehensive data based on a range of very appropriate and inclusive tasks."