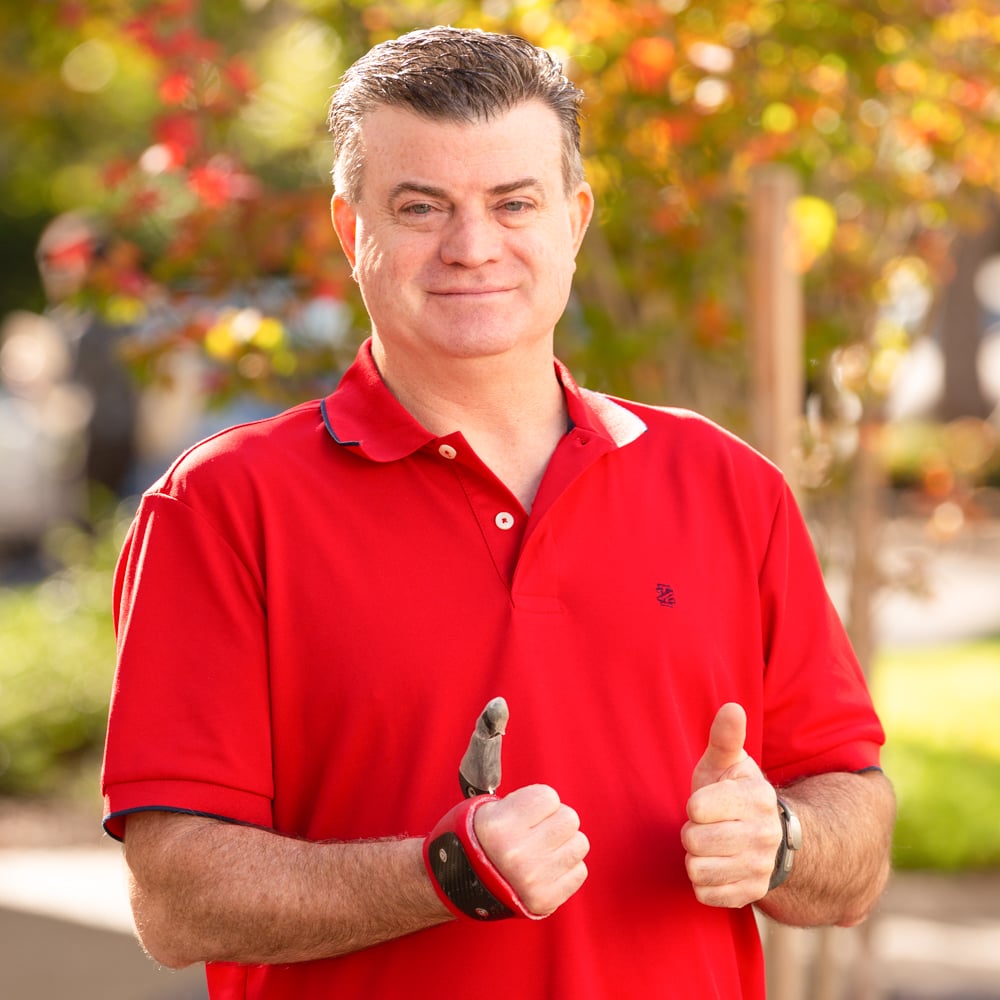 Dennis Roberts was working as a defense contractor in Afghanistan in 2010 when a rocket tore through the building where he lived. His hand and shoulder were injured and his right thumb was amputated on the spot. After returning to the U.S., he received prosthetic care from two different companies. He was not happy with the fit or function of either prosthetic device and he wasn't trained how to use them. Later, Dennis learned about Arm Dynamics (AD) and scheduled an evaluation. He was fit with a comfortable partial hand prosthesis and positional thumb, and received prosthetic training and guidance from his occupational therapist at AD. He is especially pleased to be able to use his right hand again for martial arts and golf.

In recognition of the severe injury he sustained while working on behalf of the U.S., Dennis was awarded the Secretary of Defense Medal for the Defense of Freedom. 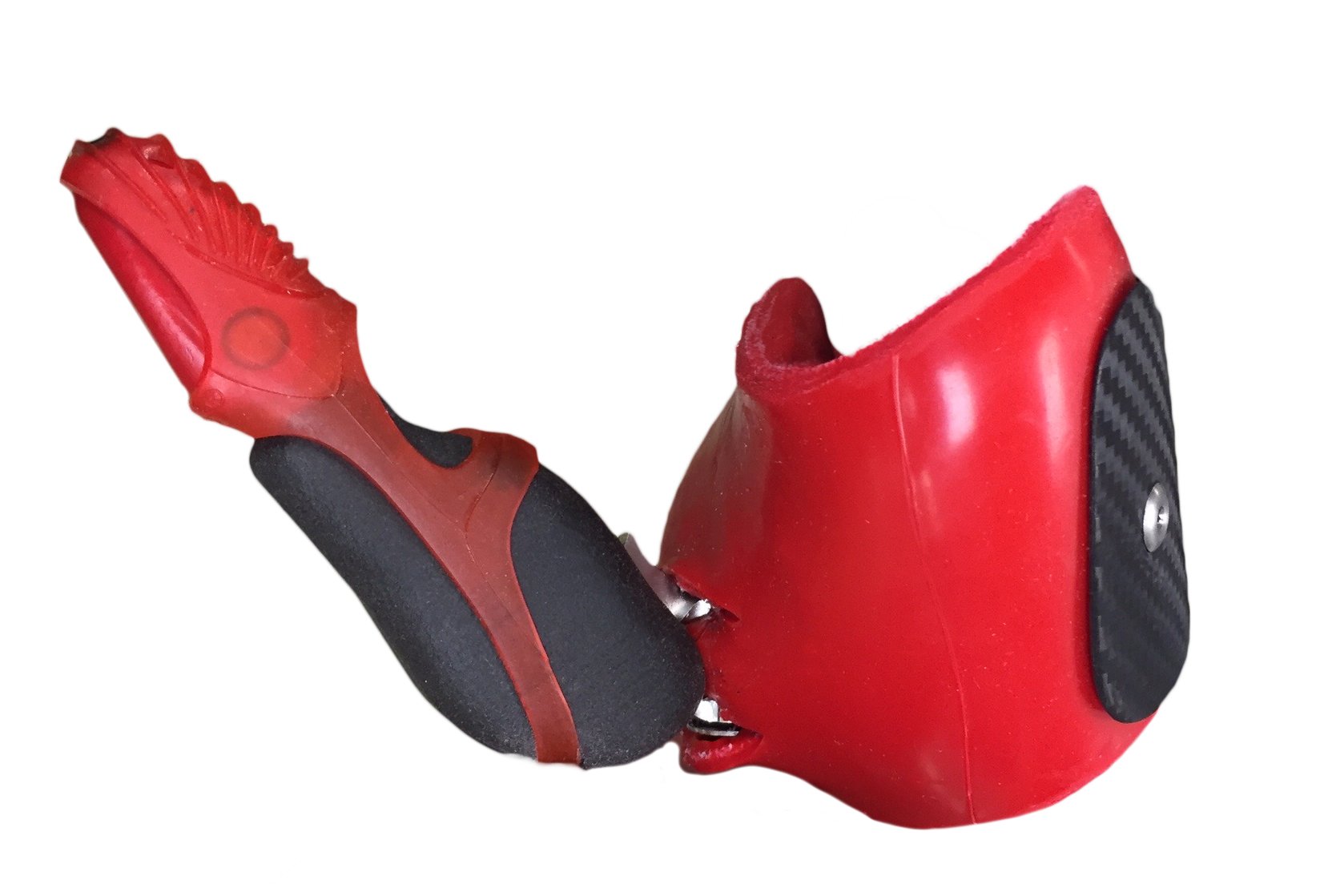 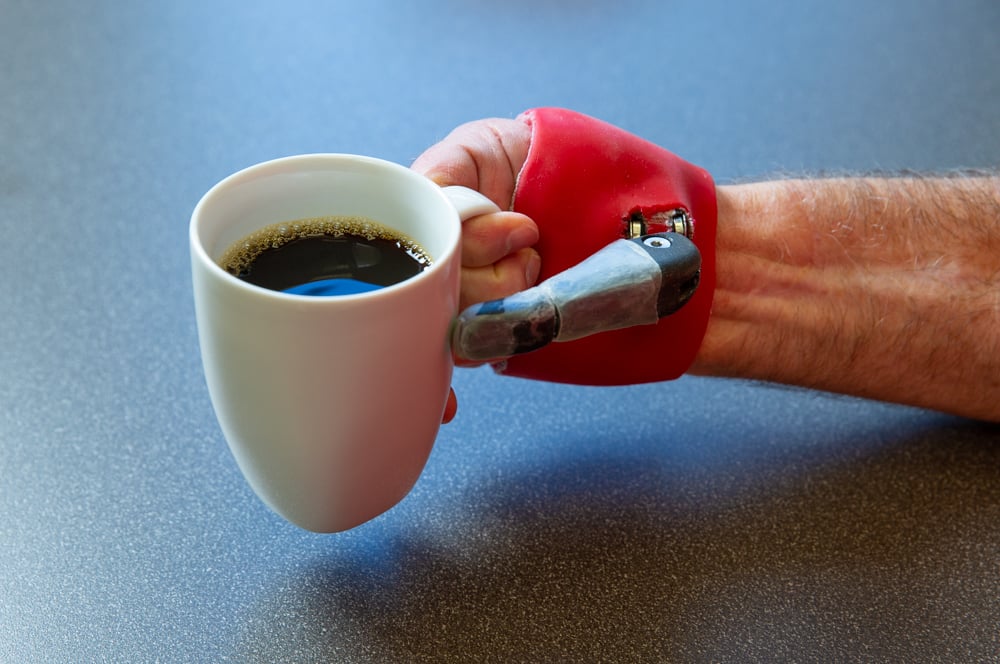 I’m a very active person and for the first time since my injury, I’m wearing a prosthesis that feels comfortable. I've actually gained a much higher level of function with this thumb, and my prosthetic team even fabricated a golf device for me.

← Back to featured patients page