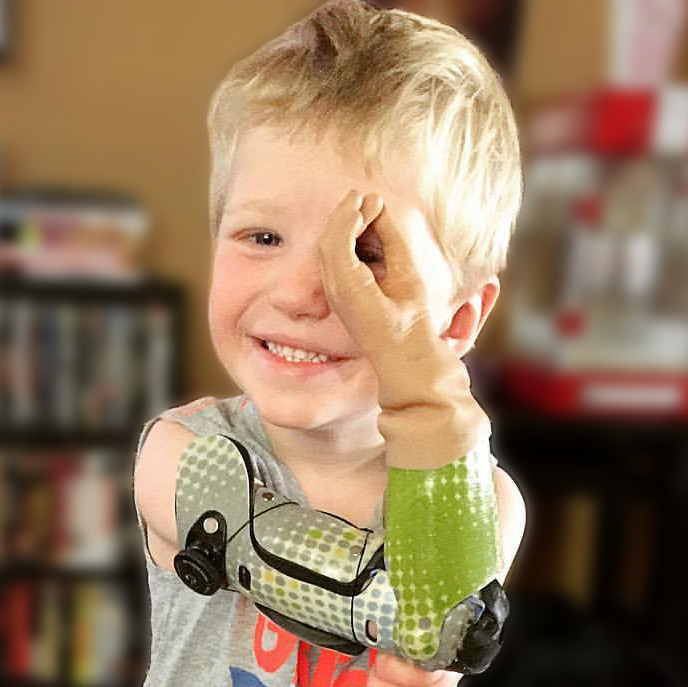 Expectant parents Brooke and Jim Davis learned from a mid-pregnancy ultrasound that their baby’s arms had stopped growing just below the elbow. While this news initially came as a shock, they were overjoyed a few months later to celebrate the birth of their healthy, beautiful son, Jameson.

Seven months later, he was fit with a set of passive prosthetic arms. The goal was to get Jameson used to having something attached to his short arms and to having that extra length. The final version of his completely custom-built prostheses included unique ‘elbows’ that could bend and swivel from side to side.

At 18 months, Jameson was ready to step up to custom-designed, hybrid myoelectric prostheses. He quickly figured out that if he flexed his tricep muscle, the electric sensor inside the arm would open his hand. Suddenly, Jameson could grasp toys, crayons, a cookie, the handle of a merry-go-round, and his parents' fingers. 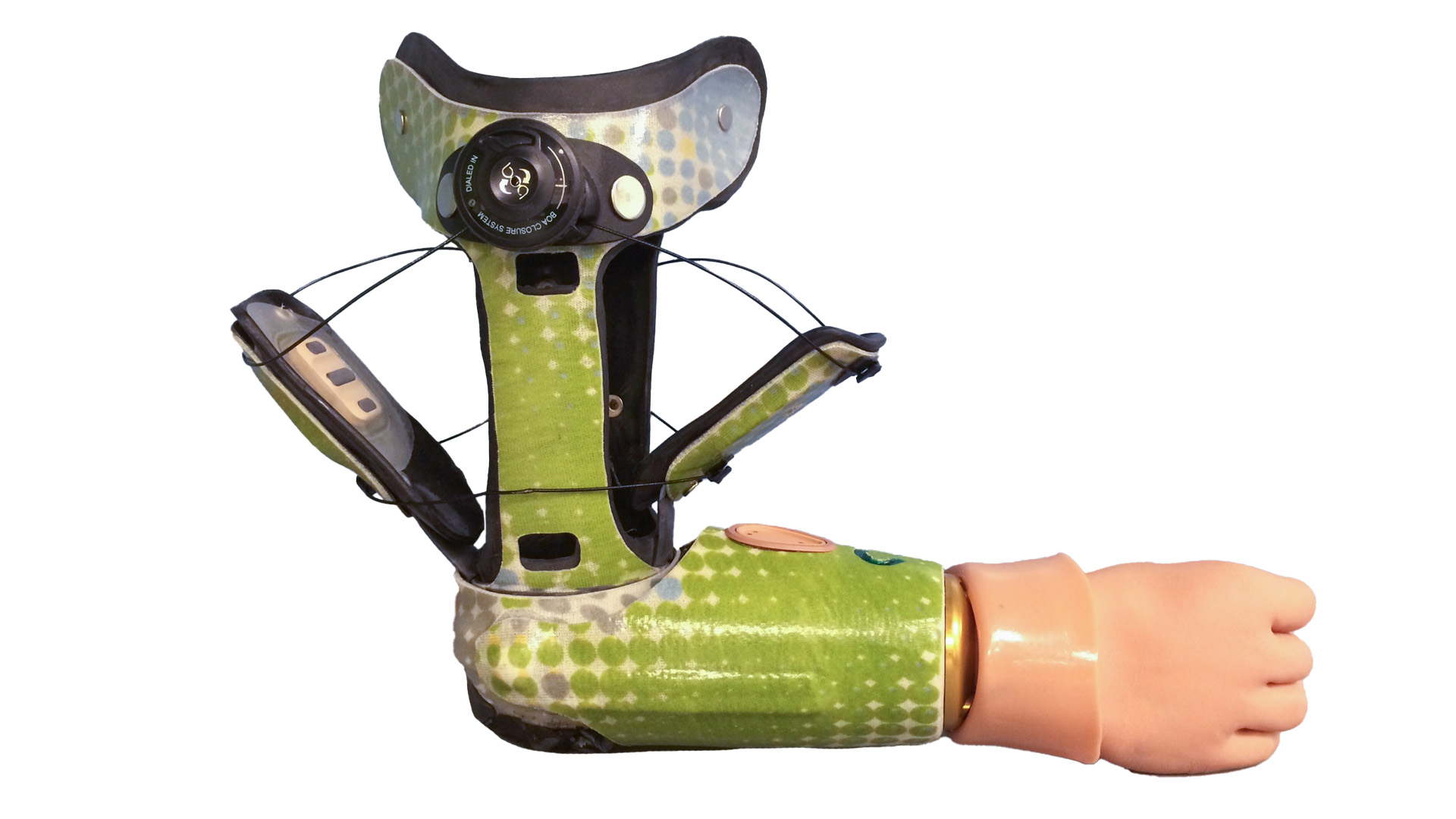 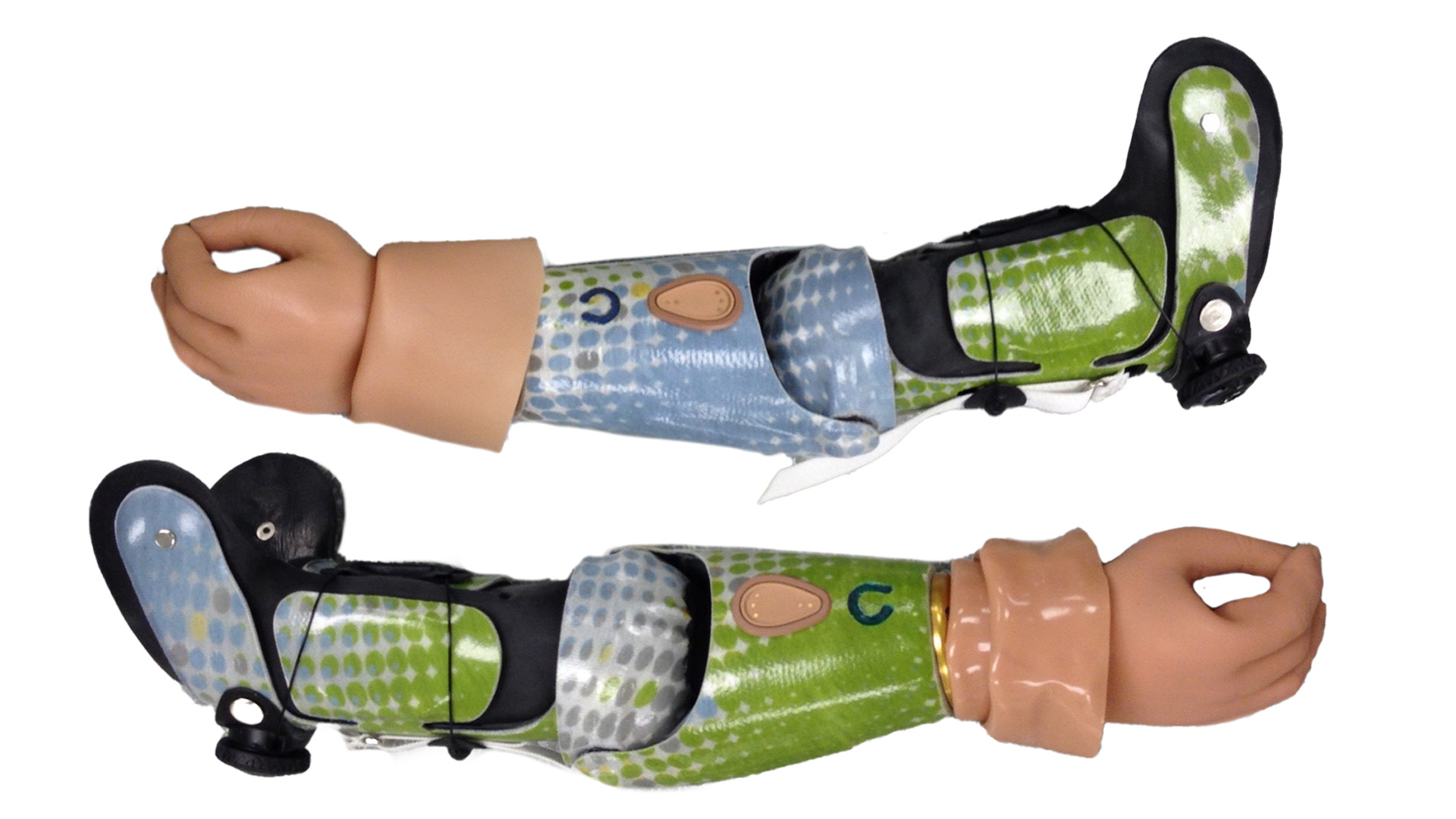 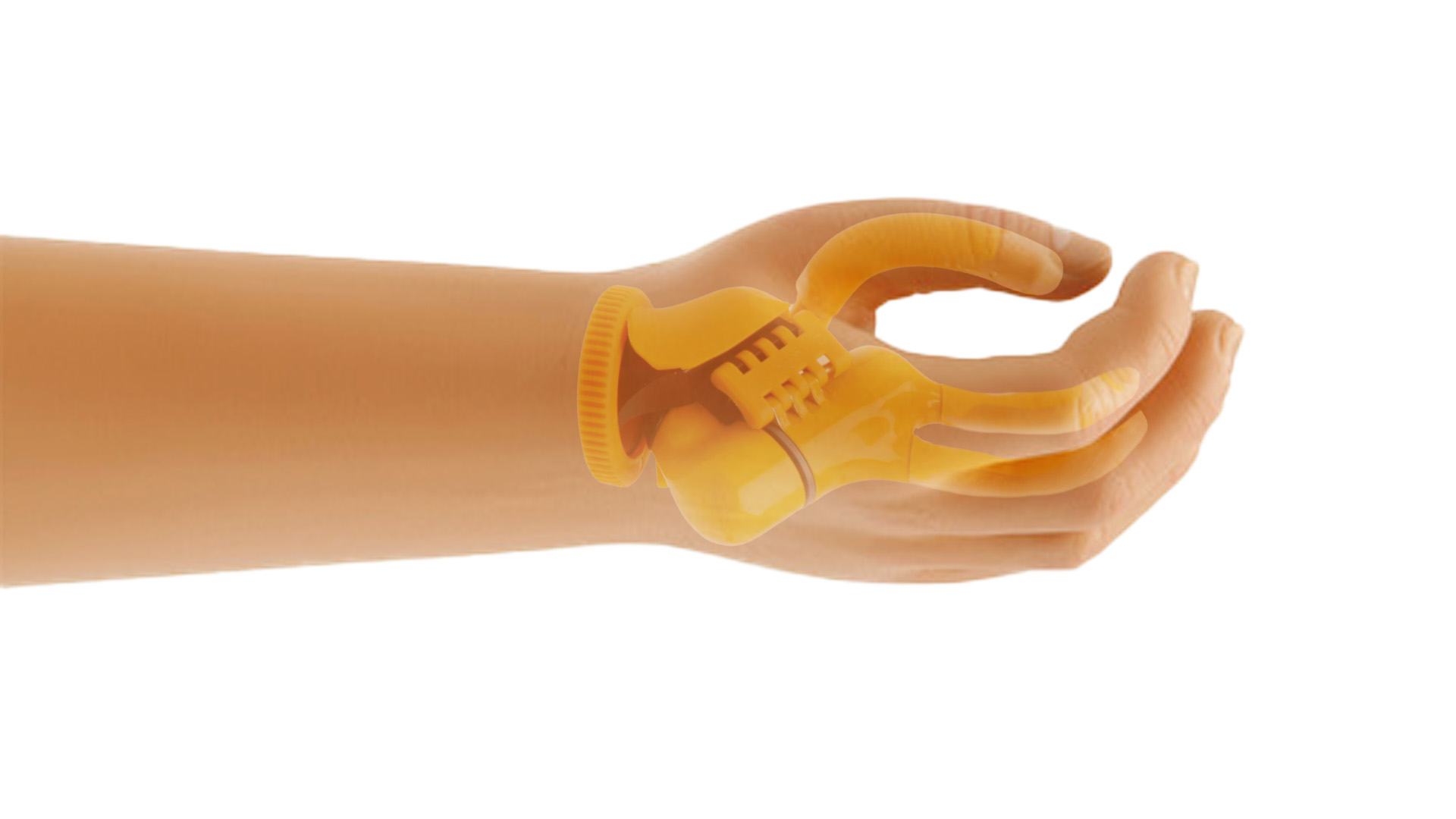 "I know we still have a long road ahead of us, but for now I want to enjoy our little victories--opening and closing doors and drawers, and using a utensil to eat," Brooke said.