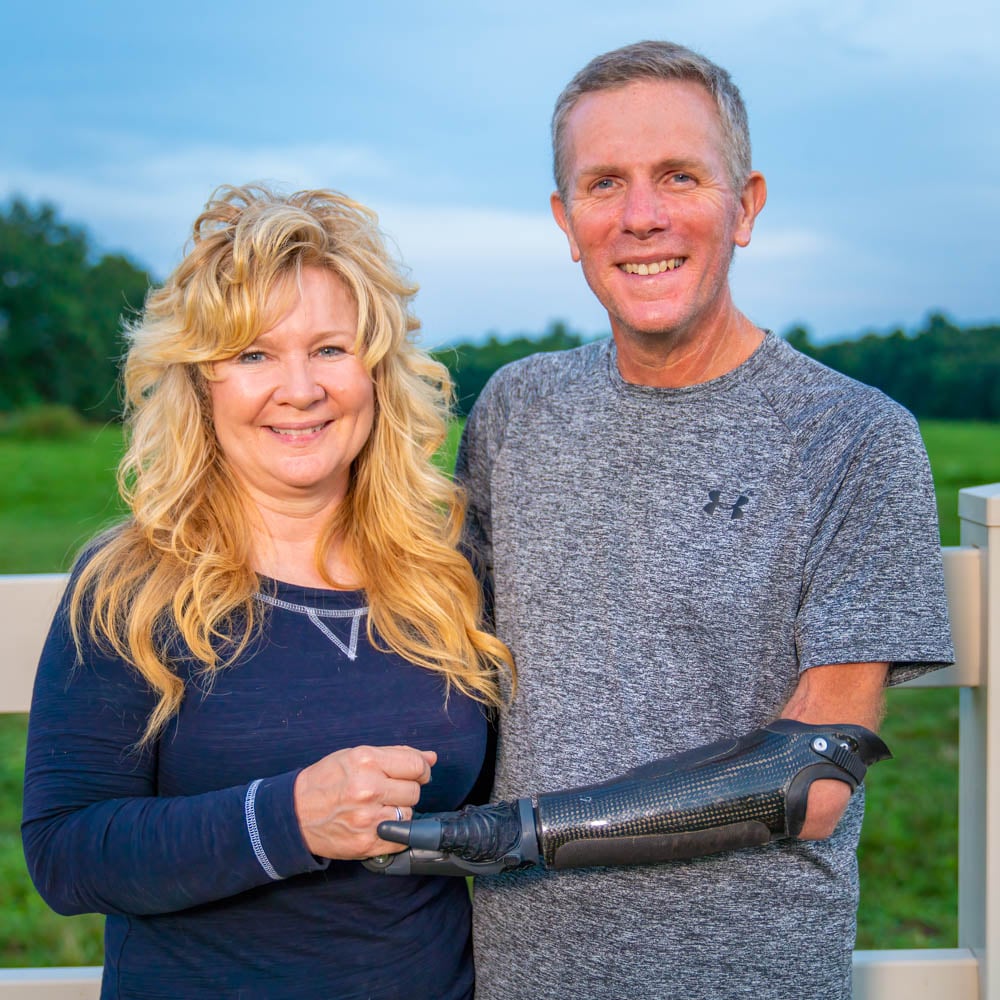 Bilateral Below the Elbow Limb Amputee

Gerry Kinney had been working as a lineman for more than 20 years when he was electrocuted in 2015. Both of his arms had to be amputated below the elbows.

As a hardworking guy who relied on his hands to get things done, Gerry was eager to figure out a new way to tackle projects with his prosthetic arms. Custom silicone sockets laid the foundation for his comfort, cushioning skin grafts and boney areas so he could wear his prostheses longer.

Welding, using power and hand tools, wood working, and becoming a teacher are some of his accomplishments. Gerry attributes most of his success to his wife Denice, who’s been next to him every step of the way. 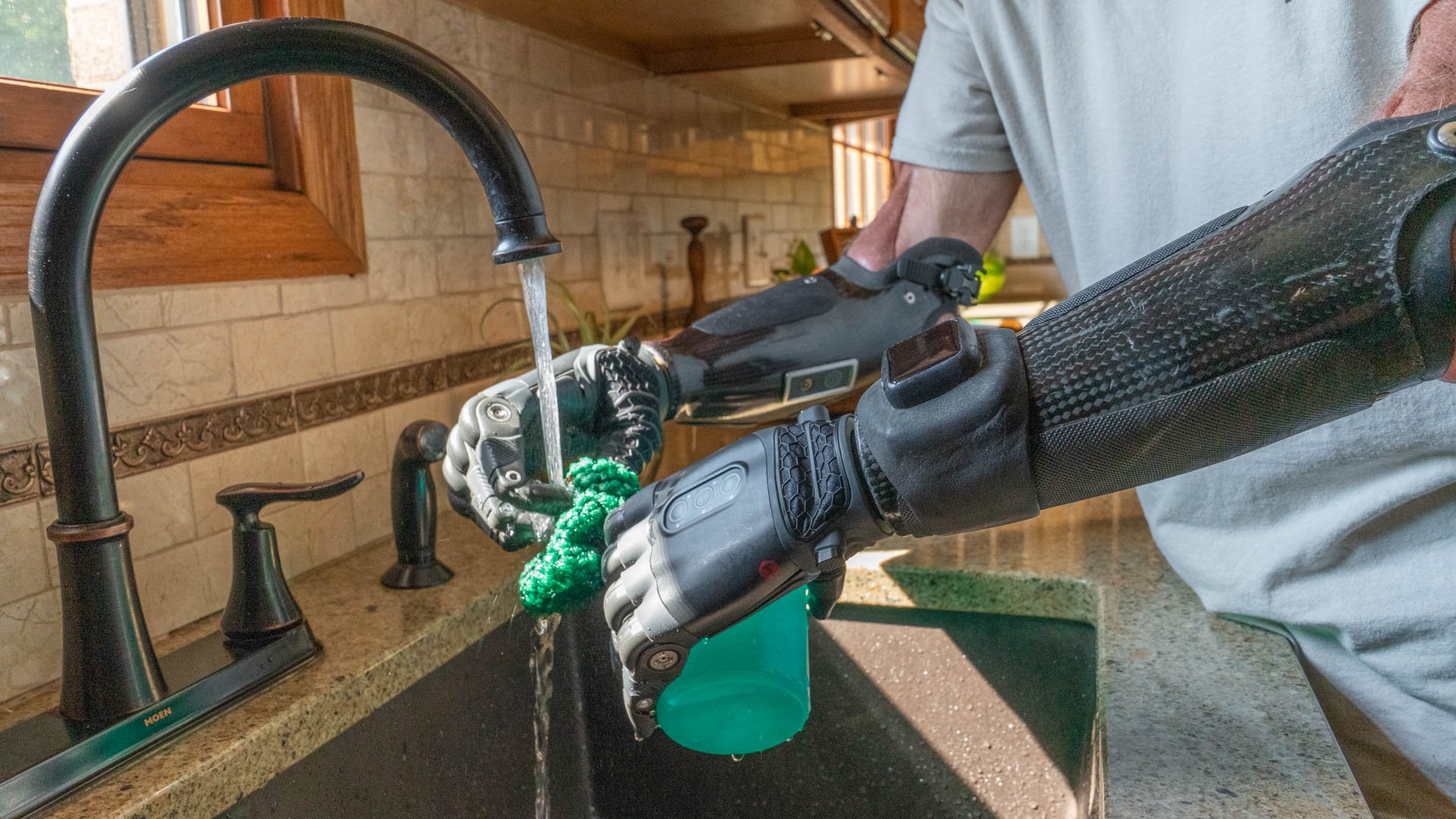 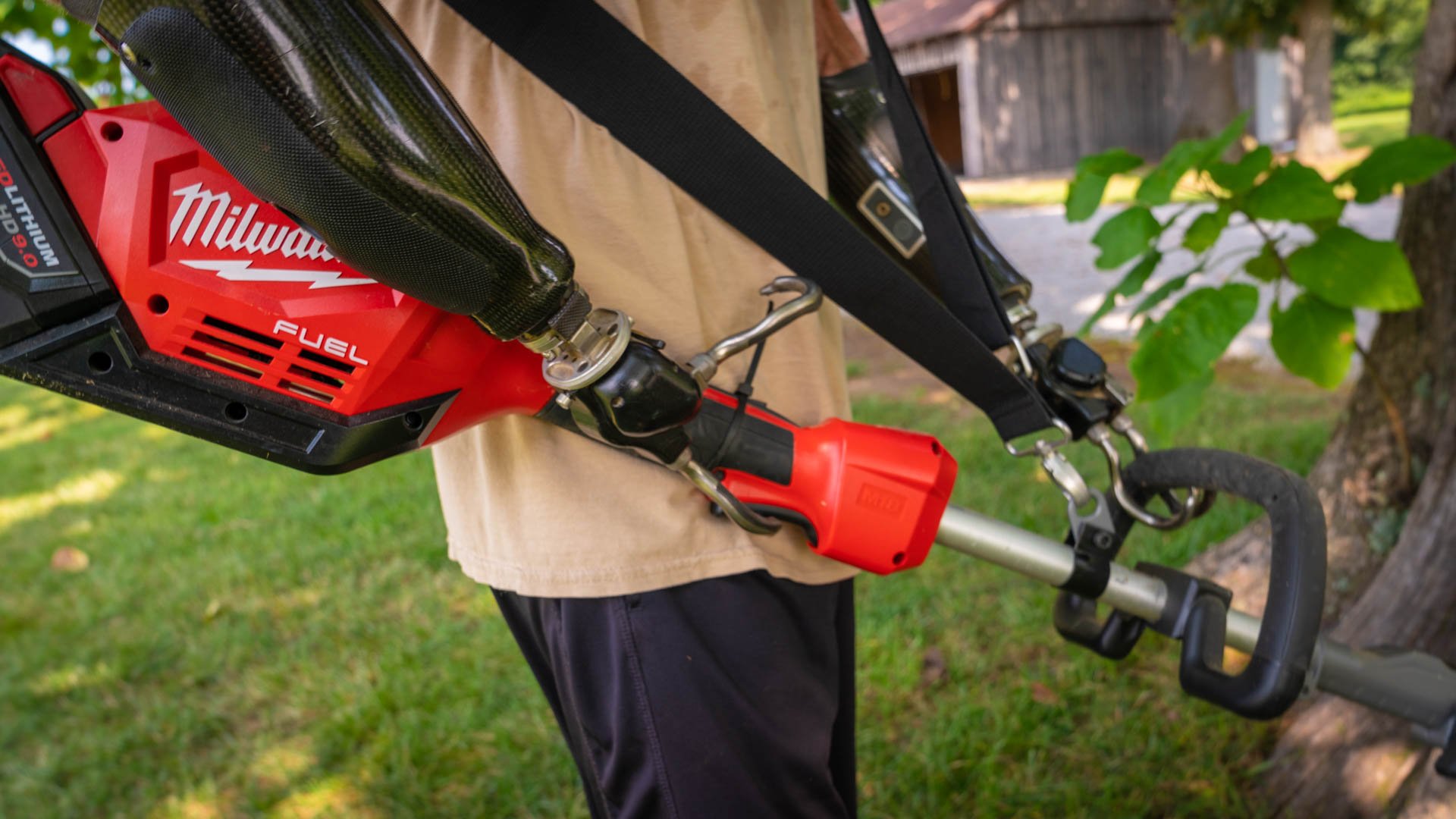 A new perspective on life: Lineman shares his story of perseverance

My story is about life, not giving up, and what me and my wife have overcome in the process of going from no hands to prosthetic limbs---how it’s opened up my life to go and do anything I want to do. The only limitation really is my mind."

Do More with Silicone

Request a free online evaluation below!

← Back to featured patients page