Using a Prosthesis on the Job 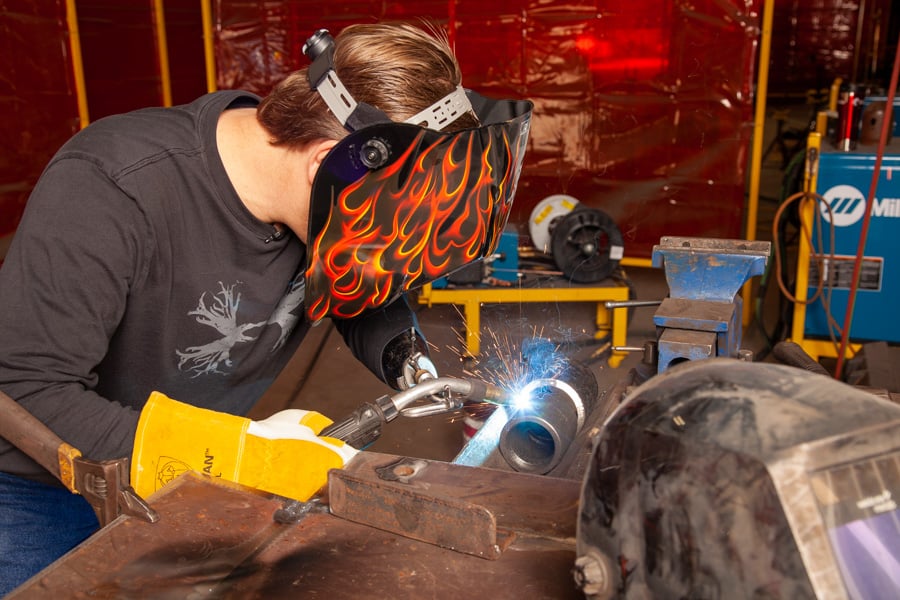 In the early days and weeks following an upper limb amputation, most people are worried about the future. One of the first concerns that comes up is how you’ll be able to do your job or get hired somewhere new.

You may be asking yourself, Can I still make a living? Will I be able to support my family?

Ridwan became a partial hand amputee while working on a press machine in a manufacturing plant. His first prosthetic provider fit him with a passive hand that looked natural, but didn’t offer any function. With only his left hand to rely on, most of his work tasks were a struggle.

“I do day trading full-time and work in retail in the evenings,” he said. “I answer phone calls with my prosthesis and take notes with my left hand. At my second job, I stock shelves. With electric digits, I can do my jobs much easier. I can almost function like it’s my normal hand.” 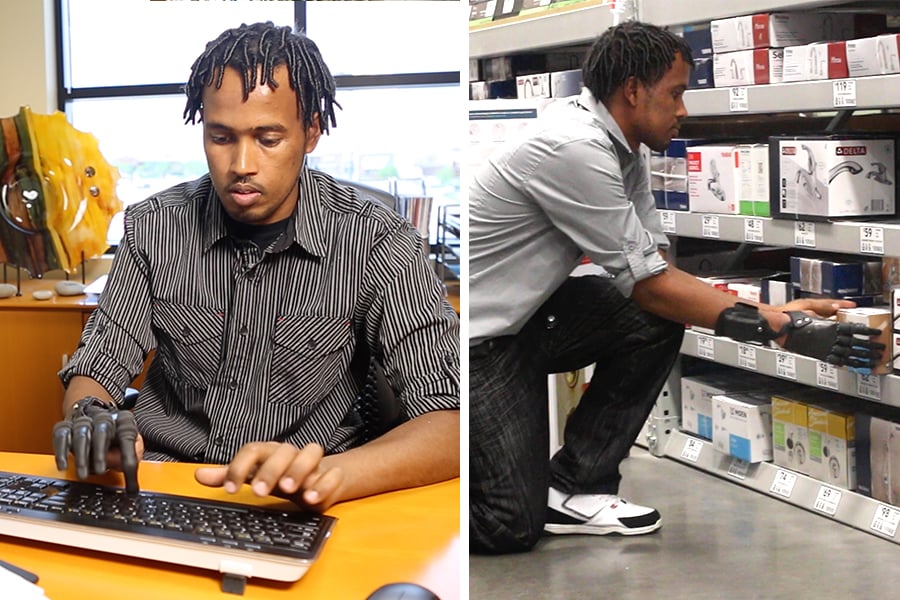 “The other day I was soldering a broken pipe. I held the torch with my prosthesis and used my left hand for the solder,” he said. “I can do whatever I need to without any help.”

Sherri was born with a partial right arm that had stopped growing above the elbow. She’s worn a transhumeral prosthesis her entire life, and as an adult, her favorite device is a myoelectric arm with a suction socket.

Working as an accounting manager at Scantron for almost 30 years, Sherri thinks that wearing a prosthesis on the job is part of looking professional and competent.

“Whether it’s an office setting or a construction site, the world views you in a much different way when you have the appearance of two arms versus one,” she said. “Without a prosthesis, people get stuck on questions about what happened, instead of focusing on you and what you bring to the job.” 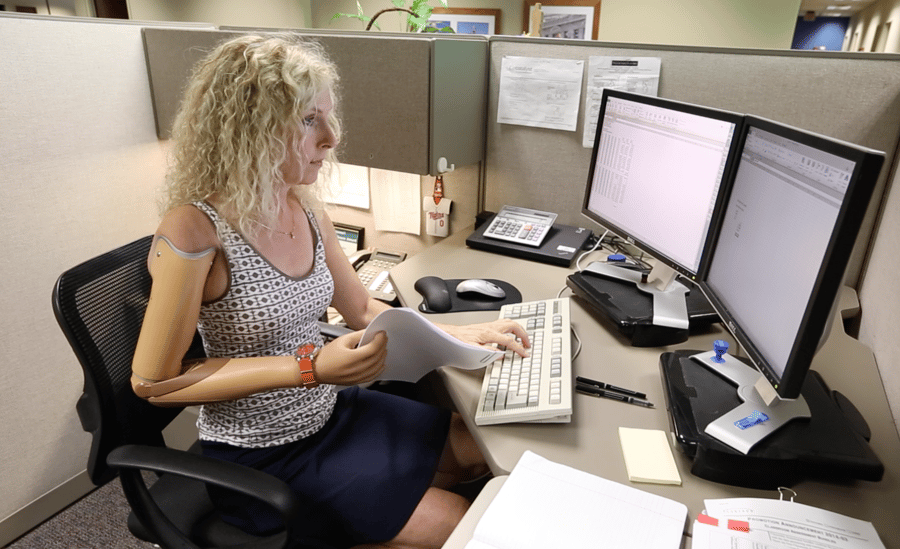 The prosthesis makes it easier for Sherri to organize spreadsheets, move large boxes of files around the office, and hold a briefcase or computer, while keeping her left hand free to get her keys out or open the door.

“It helps to balance me out,” she said. “If there’s nothing on my right side, then I'm stuck overusing my left side. I always wonder why anyone would want to go without a prosthesis when it can be so helpful.” You can learn more about Sherri on her patient profile page.

Sky works at a company that manufactures oil and gas pressure vessels. He became a below elbow amputee in 2012 after he was injured in an ATV accident.

“For me, getting back to work was number one on my list,” he said. “I have three young kids and my wife is a stay-at-home mother. I wanted to get back to normal life and back to work supporting my family.”

Sky switches between two prostheses at work, a body-powered arm, and a myoelectric prosthesis with a cosmetic hand and an electric hook, also called an ETD. He uses the body-powered for welding and wet or dirty work, and likes the pinch force of the ETD for lifting. 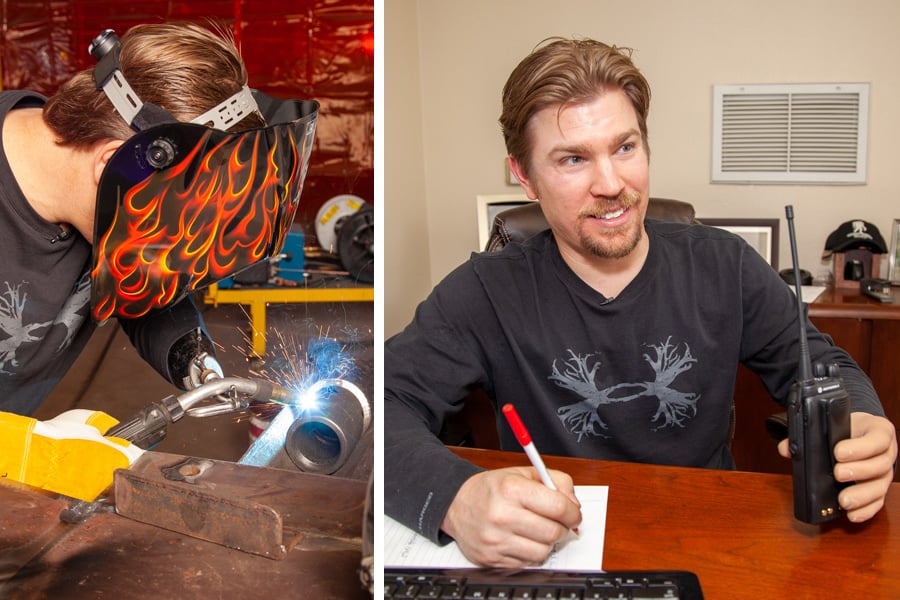 “I spend a lot of time on the computer estimating jobs and the myoelectric helps a lot with typing,” he said. “It’s also good having two hands to carry papers and blueprints or hold a walkie talkie. When I meet with customers, I like to wear the myo because people don’t notice it like they do a hook.”

For Ridwan, Sherri, Sky and upper limb amputees all over the world, using a prosthesis on the job is a natural part of daily life. Chances are, there’s a prosthetic device out there that can help you on the job too.

What kind of work do you want to do with a prosthesis? If you’re already using a prosthesis at work, what are some of the ways it helps you get the job done? We’d love to hear from you in the comments below!